Albuquerque’s Duke City Marathon had its 37th annual event in October 2021. The race is on a beautiful scenic road along the banks of the Rio Grande. You can run a full marathon, marathon relay, 10K and 5K in addition to the half marathon.

Yes, it was yet another race at altitude. It's an out and back course with an elevation profile that ranges between 4,900ft-5,100ft. So, basically, you run slightly uphill for the entire half marathon .... Yeay!

Albuquerque is in the middle of New Mexico. We did not go hot air ballooning ...

We did take a drive to the four corners, which was an absolutely stunning drive. We drove through the reservations, which are all basically in a high desert. We saw the largest pumpkin fields we have ever seen. There must have been acres and acres of pumpkins! It took about 4 hours to get to the Four Corners, so when we were driving back, the sky was full of stars. It was quite magnificent!

New Mexico is beautiful, but my race results were not quite as magnificent!

I gave it my all! 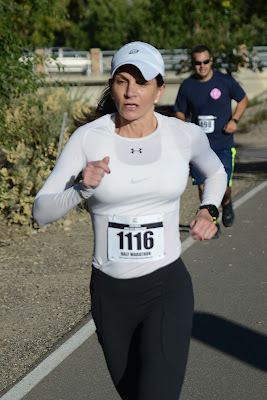 But it took its toll on me.

I apologize to the volunteer at the end of the race. I basically screamed at him, "Where are your bathrooms?" about 5 times, until Ron showed up and said calmly and audibly, "Can you tell us where your restrooms are?" Ugh - I was so embarrassing!
This race was a tough one for a couple of reasons:
The last reason was why I have nor run any races since the Albuquerque, New Mexico race.
Chip Time: 1:55:27
Pace: 8:49
I placed 4th in my age group!
Woo-hoo!

Since this race, I had knee surgery in January 2022. I started running again in April. I am slow, but I am now up to 11.5 miles. I am aiming for Iowa in November 2022. I think I just may have to settle for placing 33 times in my age group out of 43 Half Marathons. My goal is to finish ... healthy, as my Physical Therapist says. Oh, and yes, I was patient of the month some time back! 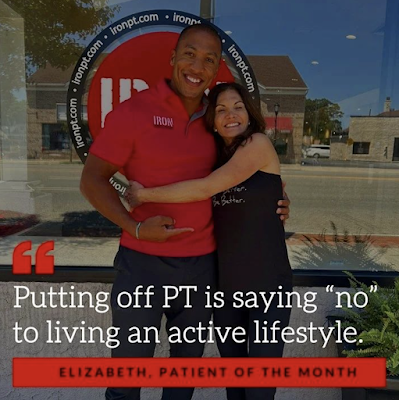 Posted by Half Crazed Runner at 5:09 PM